Sergio Pininfarina, whose design firm created the rakish and elegant auto bodies of some of the most popular, and fastest, cars ever made by Ferrari, Alfa Romeo, Maserati and Fiat, died on Tuesday, [July 3, 2012] at his home in Turin, Italy. He was 85.

His death was confirmed by a spokesman for Ferrari, where Mr. Pininfarina was a board member for many years.

Mr. Pininfarina took the reins of the company in 1961 from his father, Battista, who founded it under the name Carrozzeria Pinin Farina in 1930 and then rebuilt it virtually from scratch after Allied bombers destroyed its plant along with the rest of Italy’s industrial base in World War II.

The younger Mr. Pininfarina, who brought a flair for marketing as well as design to the family business, scored his first successes in collaboration with Ferrari, the racecar maker known for its lucrative business in rich men’s toys.

Convinced that a new consumer market was emerging, Mr. Pininfarina urged Ferrari to let him design two auto-body prototypes for a new 12-cylinder racecar-quality vehicle under production in the early 1960s. The first, known as the 250 GTO, was an extremely expensive racecar built mainly for sheiks and movie stars. (Of the 39 cars built in 1960, one sold recently for $35 million.) The second was a production model, known as the 250 GTE. A slightly powered-down version of the original, it sold for $15,000. And though it cost a small fortune, it became one of Ferrari’s first big sellers.

The success led to one of Mr. Pininfarina’s best known Ferrari designs, the Dino series of midengine cars produced from 1968 to 1976. The Dino’s bug-eyed front, grading gently to a curvaceous rear end, became a signature of the Italian look in sports cars. Designed to compete with the stark line of the new Porsche 911, the Dino series propelled Ferrari and Mr. Pininfarina into the mass-market car business.

“Ferrari would not be Ferrari without Pininfarina,” said Michael Sheehan, founder of the online Ferraris’ collectors newsletter, Ferraris-online.com. “Ferrari built the machines, and basically Pininfarina clothed them.”

Mr. Pininfarina’s firm worked with many other carmakers over the last 50 years, including some in the United States. The Pininfarina stamp — an “f” surmounted by a crown — has appeared in millions of cars by Alfa Romeo, Fiat, Maserati, Rolls-Royce, Chevrolet, Cadillac, Bentley, Volvo and Peugeot. But for most of that time Mr. Pininfarina was, in effect, the design department of Ferrari. Only a handful of car models made by Ferrari were designed by other companies.

For a while, Mr. Pininfarina stood as the chief custodian of Italian styling in cars. His firm designed prototypes for models that sold about 50,000 units a year by the mid-1980s, compared with about 500 in the early 1960s, and the success gave him freedom to design not only “affordable” cars but high-end and even one-of-a-kind vehicles for the very wealthy.

“I am a lucky man, because I design cars for a few people,” he said in a 1981 interview with The New York Times. “So in my life, I always design what I like. I sell cars to people who like that kind of car.”

But by 2000, the landscape of car making had changed considerably. A shift in the market toward economy and fuel efficiency reduced the base of Mr. Pininfarina’s carmaker customers, and shifted his firm’s work toward Asia and the market for subcompacts. 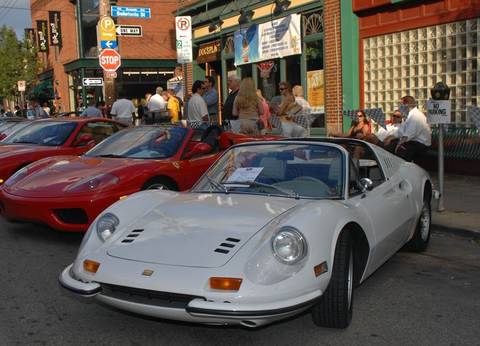 In a 2000 interview with The Times, Mr. Pininfarina described the trajectory: “We have gone from being tailors to selling to consumers,” he said.

By 2008, the family had lost control of all but a small share of stock to creditors, though family members continue to operate the firm.

Mr. Pininfarina was born in Turin on Sept. 8, 1926. He earned a mechanical engineering degree from the Polytechnic University of Turin in 1950, and became the firm’s managing director in 1961. His father died in 1966. He turned over control of the company to his son Andrea in 2001. After Andrea’s death in a motor scooter accident in 2008, Mr. Pininfarina’s younger son, Paolo, became head of the company.

Besides his son, he is survived by his wife, Giorgia, and daughter, Lorenza.

A courtly and stylish man of wit and charm, Mr. Pininfarina taught car body design at his alma mater for several years, and was often invited to speak to engineering and design groups in the United States. On one visit in 1981, an interlocutor asked, “What makes a good design?”

He replied with a long list of criteria, including “good harmony, classic style, proportion, grace — and honesty,” adding with a small smile, “Then, if you have good taste, the battle is won.” 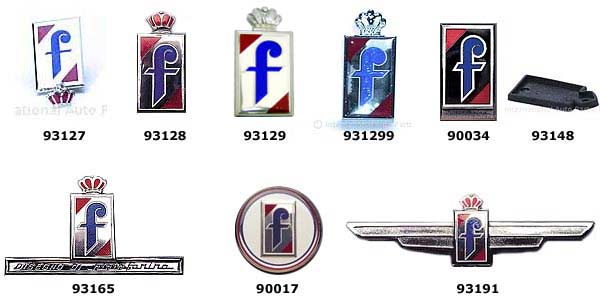