Sergio Pininfarina, who designed some of the world’s most glamorous cars, died on July 3, 2012 in Turin, Italy. He was 85. The son of a carriage maker, Pininfarina put his name on such iconic cars as the 1984 Ferrari Testarossa, the 1986 Fiat 124 Spider, the 2003 Maserati Quattroporte and the 2004 Ferrari Scaglietti.

Pininfarina S.p.A. was founded as Società anonima Carrozzeria Pinin Farina in 1930 by automobile designer and builder Battista "Pinin" Farina, Pininfarina has been employed by a wide variety of high-end automobile manufacturers, including Ferrari, Maserati, Rolls-Royce, Cadillac, Jaguar, Volvo, Alfa Romeo, Honda, Fiat, Peugeot and Lancia. It also has designed trams in France and Greece, high-speed trains in Holland, and trolleys in the USA. Since the 1980s Pininfarina has been consulted on industrial and interior design.

Sergio Pininfarina was born in Turin. After joining his father Battista Farina at Carrozzeria Pininfarina, he quickly became integral to the company, and during his career oversaw many of the designs (particularly Ferraris) for which the company is famous. In 1961, by decree of the Italian president, his family surname was changed from Farina to Pininfarina to match that of the company.

In 1965 it was Sergio Pininfarina who personally persuaded Enzo Ferrari to adopt a "mid-engined" engine configuration for a new line of road cars, with the engine positioned behind the driver, but ahead of the rear wheels. The resulting Ferrari Dino Berlinette Speciale was presented at the Paris Motor Show in October, although it would be another two years before the cars were offered for sale. 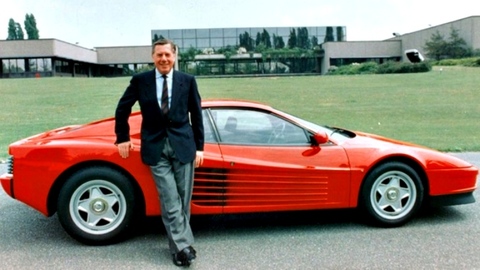 Pininfarina also did significant work for Alfa Romeo, Bentley, Peugeot, Rolls-Royce and Volvo. Even the American-made 1963 Chevrolet Corvette Rondine and 1986 Cadillac Allante bore his name. But his legend was developed most intimately with Ferrari, where he served on the board of directors for 42 years.

“Calling his relation with Ferrari legendary is insufficient,” Ferrari Chairman Luca di Montezemolo says. “First with Enzo and then with me, he designed some of the most iconic models, such as the Testarossa or the Enzo, just to name two.”

In fact, every single GT serial model issued from Maranello since the 1952 Ferrari 212 Inter Cabriolet have been designed by Pininfarina.

It’s no surprise. His father, Battista Farina, founded the design house (under the name Carrozzeria "Pinin" Farina) in the 1930s, and the boy was groomed to join the family business after he graduated with a mechanical engineering degree from Turin Polytechnic University in 1950. Pininfarina became chief executive of the company in 1961 and chairman in 1966.

Initial success came with a unique coupé that Battista built on a Cisitalia chassis in 1946–the car was considered so perfect it earned a spot in the Museum of Modern Art. Six years later, Farina bodywork appeared to rave reviews on the Ferrari 212 Inter Cabriolet. 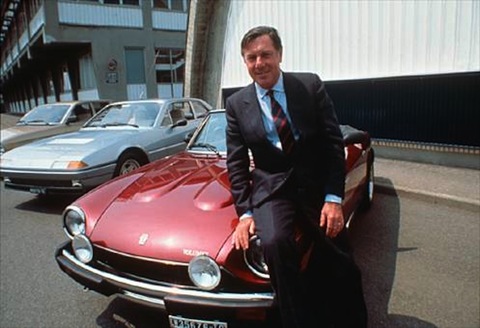 In 1954 Roberto Rossellini was the first notable person to commission something special: He ordered a Ferrari 375MM as a gift for Ingrid Bergman. (Among my personal favorites of Pininfarina work are the 1965 Ferrari Dino and 1968 Ferrari Daytona–it makes me happy just to look at them.)

The company joined the Italian Stock Exchange in 1986 and by the end of the 20th century was making many thousands more cars than it ever had–50,000 cars annually with a workforce of 3,000. But it has foundered in recent years due to rising debts and a lackluster auto industry worldwide. In May Pininfarina announced it would post its first annual profit since 2004.

The down times haven’t seemed to affect the family’s massive prestige in Italy. In 1961 its status was great enough to earn a presidential decree allowing a name change to “Pininfarina” from the original Farina. (Battista’s nickname was Pinin, which means “the little one” in Piedmont.) And the 12-cylinder Formula One-inspired Enzo Ferrari became an instant collectors’ item when it came out in 2002. Only 400 were made.

Throughout his life Pininfarina served on many esteemed boards including a seat in European parliament for the Italian Liberal party from 1979 to 1988. In 2005 the Italian president named him a senator for life.

“Sergio was one of the most important advocates of made-in-Italy all over the world, a man who gave Italy credibility and splendor,” Di Montezemolo said.

Pininfarina died at home with his wife, Giorgia, and children Lorenza and Paolo nearby.