I had the unique opportunity to visit The Amelia Island Concour's d' Elegance and witness the unveiling of the new Lamborghini Huracán.  To say that I was very impressed would be an understatement.  Was I impressed by the car? Of course. But that was not what impressed me the most. I'll explain a bit on that later, but first a bit about the Huracán. 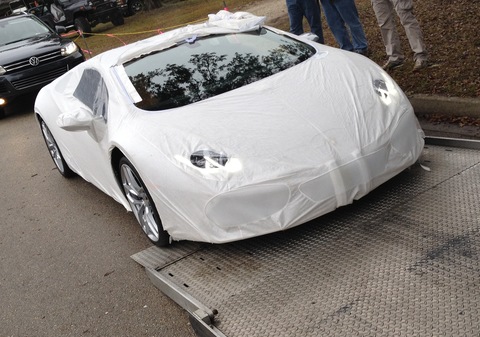 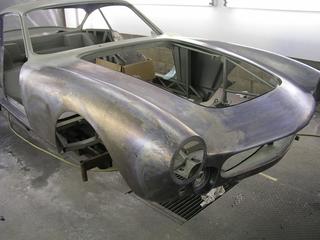 Painted a beautiful “Azzurro Metallic” blue and featuring chrome Borani wheels and a black leather interior, this 1963 Ferrari 250GT Lusso is nearing completion of a full, ground-up, every nut and bolt restoration. One of 350 examples built between January 1963 and August…

As the Cortile has grown we've discovered that many of our friends and fans are using Facebook and Twitter to stay on top of the latest breaking news.  We jumped in while ago and set up both a Facebook Page and a Twitter account.  You can find them here:

The Ferrari 599 GTB Fiorano (internal code F141) is an Italian gran turismo produced by Ferrari. It was the brand's two-seat flagship, replacing the 575 M Maranello in 2006 as a 2007 model, but was replaced for the 2013 model year by the F12 Berlinetta. 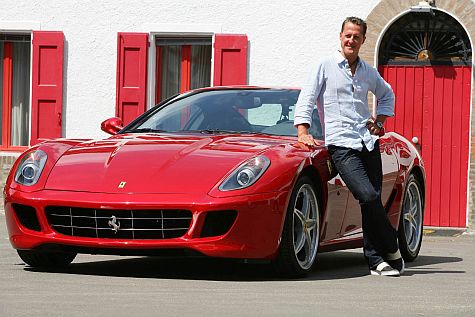 Styled by Pininfarina under the direction of Ferrari's Frank Stephenson, the 599 GTB debuted at the Geneva Motor Show…

Ferrari Club of America is currently celebrating a major milestone, its 50th Anniversary! Under the motto “50 Years of Passion – One Lap of North America”, a specially prepared 599 Ferrari relay car, sponsored by a private donor, is carrying a symbolic “baton” and is visiting all Ferrari Club of America (FCA) regions…

Sergio Pininfarina, who designed some of the world’s most glamorous cars, died on July 3, 2012 in Turin, Italy. He was 85. The son of a carriage maker, Pininfarina put his name on such iconic cars as the 1984 Ferrari Testarossa, the 1986 Fiat 124 Spider, the 2003 Maserati Quattroporte and the 2004 Ferrari Scaglietti.

Pininfarina S.p.A. was founded as Società…

Sergio Pininfarina, whose design firm created the rakish and elegant auto bodies of some of the most popular, and fastest, cars ever made by Ferrari,…

Abarth class for the 2012 Glenmoor Gathering of Significant Automobiles

I am on the organizing committee of the Glenmoor Gathering of Significant Autotmobiles in Canton, OH (www.glenmoorgathering.com) and have convinced them to have a special Abarth class at this year's event celebrating the return of the Abarth brand to the USA.  Now in it's 18th year, the Glenmoor Gathering is one of the premiere automotive events and takes place on the grounds of the Glenmoor Country Club -- a converted historic monastery with… 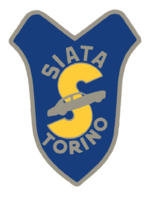 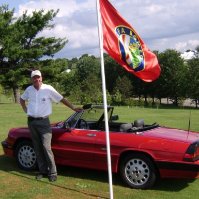 The Cortile is very very proud to announce that one of our very own participants, Jim and Celeste Shaw, are going to be catering this years Cortile.

Jim told me the other day that he has been in contact with his network of "Italian ladies" and asked them to search through their recipe files for their "wish list" of food for a "perfect Italian wedding". And later Jim… Sergio Scaglietti, who used intuitive genius and a hammer — seldom blueprints or sketches — to sculpture elegant Ferraris that won Grand Prix races in the 1950s and ’60s and now sell for millions of dollars, died on Nov. 20, 2011 at his home in Modena, Italy. He was 91. At the PVGG Cortile 2012 his designs are honored as the 2012…

I spoke to someone about Tony's  Auto Service on Rt 88 in Bethel Park.  I forgot who it was and would like to talk more about  your experience with him on repairs.

Also. my Fiat needs some repairs (starter, overheating and brakes) and would welcome any advice.

You can respond to gap15102@yahoo.com

We just finished up refining the on-line registration form for the Cortile.  You can register online for the 2011 event at THIS LINK.

Some things to note about registration.  One of our members,…

Lamborghini Cars Over The Years In 1920, Domenico and Attilio Giannini opened an Itala dealership in Rome and began preparing and modifying the cars for… 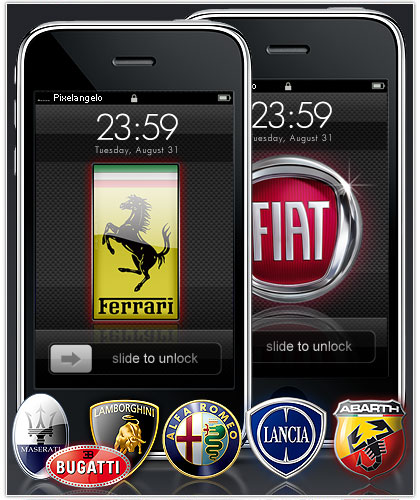 I was searching for something else when this group of iPhone car logo's appeared in my search results. You can find out more at… Continue

We will need some assistance in helping people park their cars in the correct area for their marque. If you are available for an hour or so between 8 and 12 on Saturday, please respond to this post with your preferred time slot.

To all of our PVGP Driver Friends:
We've been in some discussions with Victoria Reid who writes for two F1 websites, one of which is her own!
We've asked Victoria to volunteer her journalistic skills to the PVGP and begin the creation of a Driver interview and profile…
Continue

It is with great pleasure that we announce two of this year's special guests. Richard Gadeselli, Vice President Communications Fiat Group Automobiles SpA, and Stefano Agazzi, Head of Alfa Romeo's Historic Activity Department and Alfa Romeo Museum Curator, will be joining us this year.… Continue