5 Questions About Fiat and Chrysler, Answered

5 Questions About Fiat and Chrysler, Answered
By Althea Chang

What does that mean for Main Street? Here are a few questions answered:

Are Chrysler SUVs a Thing of the Past?
Among other things, Fiat brings to the table small engine technology and its small-car platforms so the ailing automaker won’t have to develop its own.

That means budget-friendly vehicles like the Fiat 500 could start replacing SUVs in the next couple of years.

What's the Deal With the Fiat 500?
Fiat should bring its economy-sized 500 model to the U.S. within the next 18 months, according to Handler.

Handler expects the Fiat 500 to be priced at about $16,000, in line with the city-friendly Smart Car and significantly lower than many models from one of its major competitors, Volkswagen. But that's only if the cars are built here.

“If Fiat provides European-based products, such as the 500, to Chrysler, they will have to be premium-priced small cars similar to Mini Cooper,” says Art Spinella, auto analyst at CNW Marketing Research. “If Fiat and Chrysler elect to build some of the small cars in the U.S., the pricing structure would be lower.”

Are Americans Ready to Buy Fiats?
The Italian economy car maker, which owns the Fiat, Lancia, Alfa Romeo, Ferrari and Maserati brands, actually sold cars in the U.S. decades ago, but pulled out of the market in 1984 due to quality concerns. According to marketing firm TNS, however, Americans aren’t as worried about Fiat quality now as you might expect.

“The lowest expectations are around quality and reliability,” according to TNS research in January. “However the share expecting Fiat reliability to be above average (22%) is the same as those expecting it to be below average (22%), which suggests earlier decades-old quality concerns are smaller today than some expected.”

Among the highest expectations from the 2,500 U.S. adults TNS surveyed were those for fuel efficiency. Nearly 40% of those surveyed expect Fiat vehicles to get better gas mileage than the average vehicle, while only 10% think Fiat gas mileage will be below average.

What Will Happen to Jeeps and Other Chrysler Models?
Dodge and Jeep SUVs will probably continue to be popular. But in about two years, which is about how long it will take for domestic assembly lines to retool for new model production, Fiat-based vehicles carrying the Chrysler badge will come to the U.S. market, says Handler. Chysler’s plant in Sterling Heights, Mich., which produces the Chrysler’s Sebring and Dodge Avenger ,is slated to close in 2010, but it’s still unclear whether these models will be discontinued. The fate of the Dodge Nitro and Chrysler Aspen may also be on the chopping block.

In addition, replacement parts for repairs on some Chrysler vehicles could run low in the next few months and, pending court approval, Chrysler may end up spending $753 million on incentives for dealers to sell its vehicles, according to the Detroit Free Press.

Will SUV-Obsessed American Car Buyers Go Smaller?
As gas prices rose to more than $4 a gallon last summer, small car sales immediately jumped, notes Handler. “The minute that started to ease off, we jumped back to SUVs,” she says. In other words, wait and see.

“Would your average Dodge buyer go out and buy a car that’s really a Fiat? Who knows?” she says.

Replies to This Discussion

Permalink Reply by Bernard Martin on May 12, 2009 at 10:01pm
I have been asked several times in the past few weeks if Jeeps and Dodge Darts will now be considered "Italian Cars" and therefore part of The Cortile. Although these marques have a rich and robust history of their own, their origination was NOT in Italy. The Cortile is a specialized car show for Automobile manufacturers originally based in Italy, many of which are currently owned by Fiat. 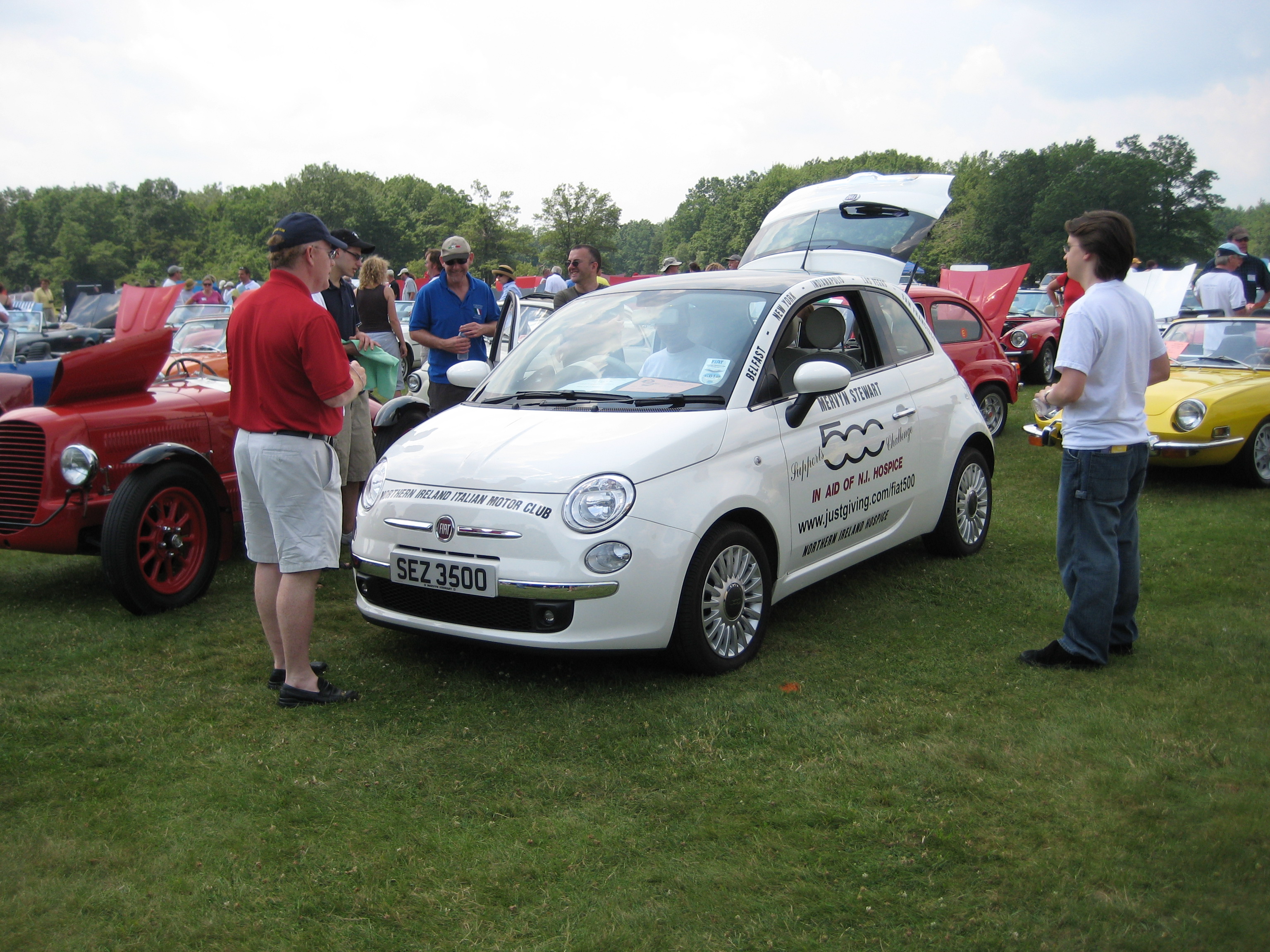