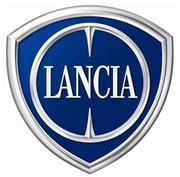 Lancia Automobiles S.p.A. [ˡlantʃa] is an Italian automobile manufacturer founded in 1906 by Vincenzo Lancia and which became part of the Fiat Group in 1969. The company has a long history of producing distinctive cars and also has a strong rally heritage. Modern Lancias are seen as presenting a more luxurious alternative to the models in the Fiat range upon which they are based. One of the firm's trademarks is the use of letters of the Greek alphabet as the names of its models. The Lancia CEO is Olivier François.

Lancia was founded on 29 November 1906 in Turin by Vincenzo Lancia and his friend Claudio Fogolin, both being Fiat racing drivers, as Lancia & C. The first Lancia automobile the "tipo 51" or 12 HP (later called Alfa) was made in 1907 and produced from 1908. This car had a small four cylinder engine with a power of 58 bhp.

Lancia is famous for many automotive innovations. These include the 1913 Theta, which was the first production car in Europe to feature a complete electrical system as standard equipment. The first car with a monocoque-type body - the Lambda, produced from 1922 to 1931 also featured 'Sliding Pillar' independent front suspension that incorporated the spring and hydraulic damper into a single unit (and featured on most production Lancias until the Appia was replaced in 1963). 1948 saw the first 5 speed gearbox to be fitted to a production car (Series 3 Ardea). Lancia premiered the first full-production V6 engine, in the 1950 Aurelia, after earlier industry-leading experiments with V8 and V12 engine configurations. It was also the first company to produce a V4 engine. Also, Lancia pioneered the use of independent suspension in production cars, in an era where live axles were common practice for both the front and rear axles of a car. They also developed rear transaxles which were fitted to the Aurelia and Flaminia ranges. 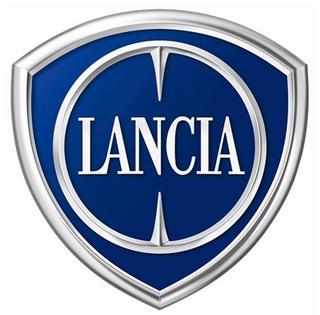 Lancia was not closely associated with any other manufacturer until the late 1960s. By this time, the company's expensive, high standards of production had become unsustainable. In aiming to produce a product of the highest quality, company bosses had sacrificed cost-effectiveness and when Fiat launched a take-over bid in 1969, they accepted. This was not the end of the distinctive Lancia brand, and new models in the 1970s such as the Stratos, Gamma and Beta served to prove that Fiat wished to preserve the image of the brand it had acquired. 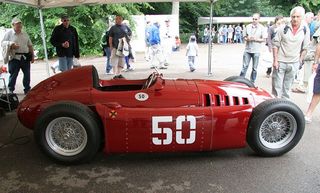 During the 1980s, the company cooperated with Saab Automobile, with the Lancia Delta being sold as the Saab 600 in Sweden. The 1985 Lancia Thema also shared a platform with the Saab 9000, Fiat Croma and the Alfa Romeo 164.

After Vincenzo Lancia's son Gianni became director of the firm, it started to take part more frequently in motorsport, eventually deciding to build a Grand Prix car. Vittorio Jano was the new designer for Lancia and his Lancia D50 was entered into the 1954 Spanish Grand Prix, where Alberto Ascari took the pole position and drove the fastest lap. In the 1955 Monaco Grand Prix Ascari crashed into the harbour after missing a chicane. One week later Ascari was killed in an accident driving a Ferrari sports car at Monza. With Ascari's death and Lancia's financial problems the company withdrew from Grand Prix racing. Altogether Lancia took two victories and ten podiums in Formula One.

Remnants of the Lancia team were transferred to Scuderia Ferrari,where Juan Manuel Fangio won the 1956 championship with a Lancia-Ferrari car.

Comment by Norbert Egli on July 4, 2009 at 9:06am
Thanks for inviting me,Walt, and greetings to all members from Norbert

Comment by Bernard Martin on July 4, 2009 at 2:41pm
I see that the Lancia group has very quickly become THE LARGEST GROUP on here! Congrats Walt!

You need to be a member of American Lancia Club to add comments!