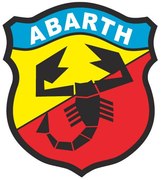 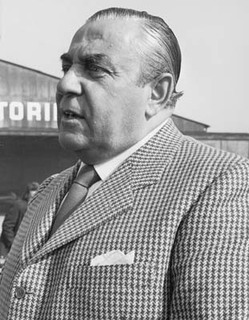 Karl (Carlo) Alberto Abarth (November 15, 1908 – October 24, 1979) was an Austrian born automobile designer, he changed his nationality later to became an Italian citizen, at the same time his first name name Karl was changed to its Italian equivalent Carlo.

Abarth was born in Vienna, during the time of the Austro-Hungarian Empire. As a teenager, he worked for Castagna in Italy (1925-27), designing motorbike and bicycle chassis. Back in Austria, he worked for Motor Thun and Joseph Opawsky (1927-34), and raced motorbikes, winning his first race on a James Cycle in Salzburg on July 29, 1928).

He later was European champion five times, along continuing the engineering. After a serious accident in Linz he abandoned motorbike racing, and designed a sidecar (1933) with which he managed to beat the Orient Express railway on the 1,300-kilometre (810 mi) stretch from Vienna to Ostend (1934).

He moved permanently to Italy in 1934, where he met Ferdinand Porsche's son-in-law Anton Piëch, and married his secretary. Abarth was long hospitalized and had his racing career end, due to a racing accident in Yugoslavia (1938). Following this, he moved to Meran, where his ancestors originated from. Abarth got to know both Tazio Nuvolari and the family-friend Ferry Porsche, and with engineer Rudolf Hruska and Piero Dusio, he established the Compagnia Industriale Sportiva Italia (CIS Italia, later becoming Cisitalia), having the Italian Porsche Konstruktionen agency (1943-48). The first automobile outcome of this cooperation was the rather unsuccessful Tipo 360 F1 prototype. The CIS Italia project ended when Dusio moved to Argentina (1949). 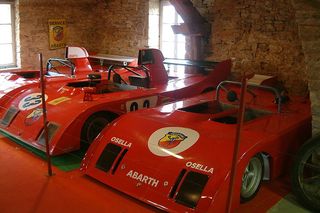 Carlo Abarth then founded the Abarth & C. company with Armando Scagliarini (father of Cisitalia racing driver Guido Scagliarini) in Turin (March 31, 1949), using his astrological sign, the Scorpio, as the company logo. The company made racing cars, and became a major supplier of high-performance exhaust pipes, that still are in production as Abarth. Carlo Abarth personally set various speed records at the Autodromo Nazionale Monza (October 20, 1965).  He sold the company on July 31, 1971 to Fiat and continued a while as a CEO and then moved back to Vienna, Austria.

Hiistory
In the 1960s, Abarth & C. S.r.l was quite successful in hillclimbing and sports car racing, mainly in classes from 850cc up to 2000cc, competing with Porsche 904 and Ferrari Dino. Hans Herrmann was a factory driver from 1962 until 1965, winning the 500km Nürburgring in 1963 with Teddy Pilette. 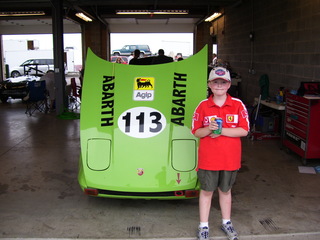 Later, Johann Abt was promised by Carlo Abarth that he could drive a factory car for free if he won all the races he entered—which Abt nearly did, winning 29 of 30, the 30th being a second.
Along with its racing cars, Abarth produced high-performance exhaust pipes. Later, Abarth diversified in producing various tuning kits for road vehicles, mainly for Fiat. Abarth was also associated in producing sports or racing cars with Porsche and Simca.

Abarth was sold to Fiat on July 31, 1971, and the racing team sold to Enzo Osella. Abarth became the racing department of Fiat, managed by famed engine designer Aurelio Lampredi. Some models built by Fiat or its subsidiaries Lancia and Autobianchi were co-branded Abarth, the most famous being the Autobianchi A112 Abarth. Abarth also prepared Fiat Group's rally cars like Fiat 124 Abarth and 131 Abarth. In the 80s Abarth name was mainly used to mark performance Fiats like Fiat Ritmo Abarth 130 TC. The name was almost forgotten in 1990s and in 2000s it was used like a trim/model level on FIAT cars, like the FIAT Stilo Abarth. 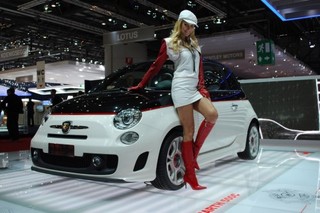 In 2007 Fiat Automobiles SpA relaunched the brand with the Grande Punto Abarth and the Grande Punto Abarth S2000. The brand is to be seen as a separate division to the main Fiat brand in a similar way that the Renault Sport brand is to the mainstream Renault. It is based in the Officine 83, part of the old Mirafiori engineering plant. The company CEO is Harald Wester

Comment by Bernard Martin on November 13, 2009 at 9:38pm
Not sure if anyone has seen this link but there is some really great historical stuff on Abarth here:
http://www.ferrariexperts.com/abarth.htm

You need to be a member of Abarth Owners Group to add comments!